I have recently taken over the site I bought, and it has pretty good content that works. It's old content, not a whole lot of it, but written by professional, gets nice amount of google traffic.

First idea was to interlink the content, add some references, and maybe sell some high quality links in those old articles to cover my investment back. Question is though, isn't this blackhat practice? Worried about penalties...

NEVER f-around with google when it comes to content manipulation and visitor misleading. Google knows exactly how to identify such practice for a looong time. Keep making good content, put your links you your new content if you need to, and let the old content be.

Broken SERP after the Medic update on August 1st 2018

We still experience broken SERP after the Medic update. Positions go up and down, sometimes even more than one page away. I hear even worse stories from local seos. Is it same for your health related sites or you're doing good on your stable position as before? It's all weird, seems like Google doesn't know if they did the right thing so they are trying to pull emergency break.

Re: What exactly Pogo Sticking is? Does it affect SERP?

Noah Miller upvoted Re: What exactly Pogo Sticking is? Does it affect SERP?

Bounce rate is one page visit basically. Doesn't take in account the time spent on the site. Pogo sticking is going back and forth between search results, spending no time on the pages.

I think it's obvious why pogo sticking is bad.

Re: What exactly Pogo Sticking is? Does it affect SERP?

Noah Miller upvoted Re: What exactly Pogo Sticking is? Does it affect SERP?

@martinkhan yes that seems right. Pogo sticking is in a way subset of what is considered bounce. So when user bounces, it means he visited one page and left - nothing about time on site, while pogo sticking is kind of a quick bounce, back to the search engine, visiting another page. That's telling G that the site you pogo bounced from wasn't good enough to answer your question, or give you information you were searching for, so you have to open another.

However, what I found interesting is, that the pogo bounce rate isn't variable in G's ranking formula. Well, at least according to what John Mueller said in this video.

What exactly Pogo Sticking is? Does it affect SERP?

Noah Miller upvoted What exactly Pogo Sticking is? Does it affect SERP?

Being fairly new to seo, I understand that pogo sticking means bounce rate. But what is different? Does google take in account 'pogo sticking' metric for positioning their results? How can google tell if the user bounced or not if the target site doesn't use analytics or other tracking accessible by google?

Default Sort replies: says Chronological, but I think it should be oldest first. Now you have newest reply on top.

I like the changes. Good to see blogposts coming. Also password reset is a must. Keep up the good work.

You've probably already noticed that seoforum looks different now. Yeah, I spent quiet some time updating and rewriting this project during last few months. What you can see here now is yet incomplete version of the update, but at least, most of my to-do's have been checked.

I still need to fix a lot of things and finish some features that are almost ready to deploy (blogs being the most important one). The thing is, this whole process is taking more time than expected and from time to time I feel like losing motivation and momentum, so I decided to deploy what I currently have so I can see the site live and maybe get some feedback...

<p><sup>1</sup> Laravel has been upgraded from 5.5 to 5.6, but during the development, Laravel 5.7 has been released, so I will have to upgrade again.<br/> <sup>2</sup> Test suite now contains more than 120 tests, which is almost double compared to what I had in August. I see another 50-80 test coming, just to cover current functionality.</p>

I am open to any feedback and suggestions, so feel free to tell me how you like new design, and what does or doesn't work for you.

That's all I had on my mind today, so have a good one and enjoy.

Thank you for being part of seoforum community.

Regarding reviews and ratings!

I am trying to use SCHEMA at my HTML site to display ratings in google search results and my schema is working but ratings disappears from search results after few days. Can anyone help me out? www(.)sa-airlines(.)co(.)za/Mango-Airlines(.)html

I've recently developed a website, it's ranking fine in other search engines such as Bing, Yahoo, and DuckDuckGo. But in Google it can't be found. I'm no SEO expert but there's no obvious warnings in Google Analytics or Google Search Console.

The website is www.ambulo.me. Can someone have a look and see what I'm doing wrong?

Domains and SEO - with Rand Fishkin

If you work with domain and I am sure you do, you should check this interview at DomainSherpa out. It's good to know opinion on domains from someone who is focused mainly on SEO.

Don't forget to comment what you think about this topic.

Re: Duplicate keyword in URL

There is no point to implement such a redundant URL structure. It's over-optimization, and it could be bad for your site, even though this isn't ordinary keyword stuffing.

I'd suggest using simple URLs. Make em easy to read, short and descriptive. Do not overuse keywords just for sake of optimization. Think visitors-first, just like Google does, and you'll be good.

It's honestly bad looking URL structure, and I'd avoid it if possible.

Re: Duplicate keyword in URL

I don't see any changes yet. The numbers are about the same, including CTR. Maybe it needs some more time.

Can duplicate keywords in URLs boost page importance on that keyword? Or is it potentially subject to penalisation?

Think of some-product.com/some-product/some-product-{specific} where product specific would be either color, size, model, version or so.

To me, it looks quiet spammy, but saw that on a site. They do well in G's SERP. I would rather not post their actual website for now, but you know get what i mean.

How to rank a site as a rich answer on Google?

Noah Miller published thread How to rank a site as a rich answer on Google?

For example, if you search Google for > SEO checklist

you'll likely see rich answer as I captured on the screenshot below. It's now pretty common top result for frequently asked questions on Google, and from what I know, the CTR is really good for these results.

One thing I don't really understand is, how do you make your site appear like this? Does it have something to do with microdata like schema.org, or is it Google parsing the answer somehow from information on your website and you can't really affect how does it look?

I have few well ranking pages for question queries that receive thousands of impressions, but they don't appear as a rich answer, so they are sitting on 2nd or 3rd position.

Re: How different is using subdomain vs. new domain in terms of SEO?

Noah Miller upvoted Re: How different is using subdomain vs. new domain in terms of SEO?

@priyaverma so what's the point of your post? Do you prefer subdomain or a brand new domain?

It's been long time since I discovered Facebook pixel, however, I haven't had time or courage to find more about how it works and learn how to use it and make use of the data it does provide.

Can you please explain scenarios in which you use Facebook pixel, how do you implement it, and what data do you check when using it. How does it help your business?

If you have some good references to learn from, I'd appreciate if you could post links. Free materials preferably.

SEO Forum has been developed by a human being. People make mistakes. Therefore, seoforum surely has some bugs and eventually may throw an unexpected error or behave the way it should not.

The best thing you can do in such a scenario:

I will do my best to fix it ASAP.

Thank you for reporting!

Categories were messed up a little bit, but it looks alright now. Maybe it's been already fixed? Other than that, it looks good to me.

Let's Encrypt: Is it equally good for SEO as any other paid certificate?

Noah Miller upvoted Let's Encrypt: Is it equally good for SEO as any other paid certificate?

Is Let's Encrypt certificate equally good for SEO as any other certificate money could buy? I am about to launch my new website, but I am still not decided whether should I use Let's encrypt or buy something from certification authorities like Comodo?

Let's Encrypt: Is it equally good for SEO as any other paid certificate?

Noah Miller replied to thread Let's Encrypt: Is it equally good for SEO as any other paid certificate?

If you are asking, because you are considering https over http, then the answer is https, regardless the certificate. Read more details about https vs. http.

If you're comparing any paid vs. Let's encrypt the more important question here is, what is the acceptance of the Certificaton Authority (CA), that issued your certificate.

Talking about Google an their Let's Encrypt, these days you're good to go with it. And yes, it does equally good job securing your website as virtually any other certificate, assuming same parameters.

If you are a bank or other financial (security critical) organization, there are better options though. However, I don't think that's the case.

How different is using subdomain vs. new domain in terms of SEO?

Noah Miller published thread How different is using subdomain vs. new domain in terms of SEO?

I have no real experience with this, at least nothing measurable, but I think that it makes sense that subdomain is much closer to the main domain and therefore should take at least some advantage over newly registered domain.

What do you think? 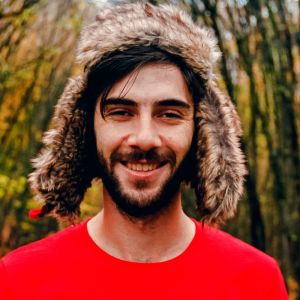 My BIO is empty. Try checking my profile later.