Hello. Can someone please explain why Ahrefs and Google rankings differ from each other so much? Ahrefs shows my website in the 34th position of its SERP with a certain keyword, while on Google it appears in the 105th position. What's the reason for this? 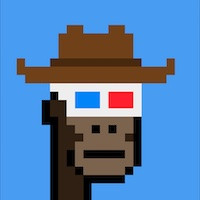 Not entirely sure which SERP you're talking about. Anyway, you can't replicate Google's SERP for obvious reason: you (we) don't know their algorithm/formula. We know some parts that are being considered during the ranking process, so Ahrefs is approximating their ranks and metrics to be relevant and reflecting Google's SERP, but there is still too much of a guesswork to correlate with the SERP 100%.

If you're asking, why do you see different rankings when Ahrefs checks for you vs. when you check directly yourself, chances are your results are GEO specific, your profile specific (specially if you're logged into your account), or adjusted for you in some other way.

@ms Thank you for your answer. Yes, my question was regarding rankings when Ahrefs checks for you vs. when I check it manually on Google.

I tried many options: like searching with VPN, other IPs, Incognito and with tools such as IsearchFrom, but it returns the same results - different from the Ahrefs' check.

Another option comes to mind - your rankings have recently changed (like very recently) and Ahrefs shows older cached data. But the difference is huge, so I don't really think that's the case.

Dear @armenonair, use Latitude and Longitude before checking the ranking on google then you will be able to see the exact rankings on both platforms.

It depends on various factors. I asked the same question to my SEO service provider and they told me to clear my cache before searching keywords on Google. Secondly, the region or location factors matter. Also, if you are targeting for a specific city, region, states or country. For example, sitting at New York searching for keyword ranking will obviously show you New York region rankings but not of the United States. Similarly, New York rankings and California would be different.