Can't a long-tailed keyword also utilize the short-tail keyword in a sentence?

Hello and thanks in advance. I'm well aware of the difference between the pros and cons of long-tailed vs. short-tailed keywords from an analysis standpoint of keyword validation.

But in writing articles: Do I have to end a sentence with a keyword to ensure I don't potentially limit it by inadvertently "turning it in to a long-tailed keyword" by simply using it in a coherent sentence?

Like, I wanted to utilize (yes it's a tiny niche) "how to build a cloud chamber". But if I write "How to make a cloud chamber at home" -- suddenly that's a longer-tailed keyword. But it's also just a really sensible way of simply working the short tailed version into a sentence!

What about as the title? Should I always title the article with just the verbatim keyword and nothing else? Or maybe only end it with the keyword and restric extra title words to before the keyword so, again, I'm not turning it into a longer tail?

The boss kept accusing me of turning keywords into longer tailed ones that won't be searched as much and the only way I know to avoid it is end the sentence with the keyword!

The short version is contained in the long version (esp. when it's not limiting it per se like specifying location). It's just being used in a coherent sentence. So I get confused about application and usage, not what they are on the other end of the search engine.

Thanks for any light you can shed! Sincerely, Currently ending every title and sentence with the keyword to avoid turning them into longer tailed ones: Otter (Jeff) 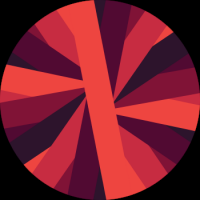 If you're targeting primary keywords and inadvertently pickup long-tail keywords in the process... what's the problem?